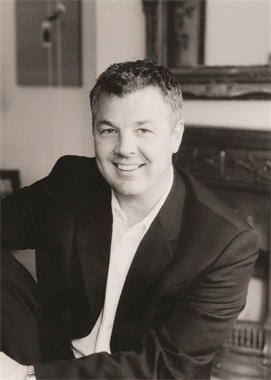 There are many situations or objects that frequently trigger fear in people. A fear becomes a phobia when it is out of proportion with the real level of danger in a situation and when it leads to reactions that are extreme. For some people, phobias can significantly interfere with their life and their happiness.

A phobia is a very powerful fear of an object or situation. This fear is extreme – out of all proportion to the amount of real danger – and is much stronger than what most other people would experience in reaction to the same thing.

Some people with phobias are symptom-free as long as they can avoid the feared object or situation and – for the most part – they are able to carry on with their lives normally. However, phobias and the related anxiety can become so severe that they cause problems in day-to-day living. For example, fear of needles could stop someone from going for an important medical test, and a fear of thunder­storms could prevent someone from going outside every time it looked as if it might rain.

What are the symptoms of a phobia?

When people come into contact with the object or situation that terrifies them or leaves them panic-stricken, they experience a variety of symptoms. Physical symptoms of anxiety almost always occur. These may include increased heart rate, sweating, trembling, fast and shallow breathing, muscle tension or weakness, dizziness, ‘butterflies’ in the stomach, dry mouth and difficulty swallowing.

The ‘fight-or-flight’ response to threat

All this happens because when you feel afraid or threatened, your body becomes ‘activated’ to respond to the danger. This is known as the fight-or-flight response, which lets your body respond quickly and effectively to a physical threat. Our bodies release a chemical called adrenaline that trig­gers reactions such as:

Bodily processes that are not essential in an emergency, such as digestion and saliva pro­duction, slow down, causing a dry mouth, ‘butterflies in the stomach’ and, sometimes, nausea.

Someone with a phobia confronted with the thing they fear tends to behave in one of three ways. Some people ‘flee’ – they leave or get out of the way as speedily as possible. Others ‘freeze’, feel­ing that they are unable to move. However, most people with phobias use avoidance – if an object or situation causes anxiety, they try to stay as far away as possible! Some people avoid only a few things, but for others, avoidance can spread to a great many objects and situations and this becomes very problematic.

Faced with a real danger or threat, it would be wise to get away from the situation and avoid similar situations in the future. Likewise, in some threatening situations, staying very still could prevent you from being noticed, which could be a life-saver. However, with phobias, these responses are not helpful. Not only are they unnecessary (remember that the fear is out of proportion to the amount of real danger), but they can also strengthen the phobia and make it harder to overcome.