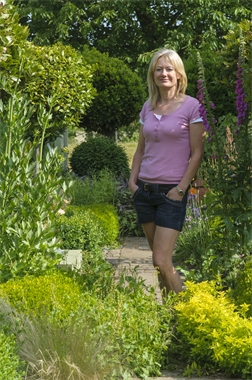 Hygge (pronounced hooga), meaning ‘to cosy around together’ is a virtue, a point of pride, and a mood or state of mind. It is something Danes identify with both in action and in being— it is part of their cultural foundation. Research shows that one of the top predictors of well-being and happiness is quality time with friends and family. Our modern world doesn’t always allow for this, but the Danish Way incorporates hygge into everyday life to guarantee it. Togetherness is key during the holidays and here, the authors of The Danish Way of Parenting provide some reasons why.

An interesting way that Danes like to create hygge is in their affection for singing. From Christmas lunches to birthdays to baptisms and weddings, if there is a song- worthy event, they will most likely be singing.

The songs they sing are often specially written for an occasion, to be handed out and sung to a popular tune. These homemade lyrics are frequently hilarious, and everyone joins in discovering the words while singing together. Otherwise, the songs they sing come from a national songbook called “Højskolesangbogen.” The Danish singing tradition dates back to the feasts of the nobility and aristocracy in the late Middle Ages, but over time it has been cultivated and is now more common than ever.

Nick Stewart, from Oxford Brookes University, has conducted research on choir singers and has found that not only does singing together make people happier, but it also makes them feel that they are part of a meaningful group. The synchronicity of moving and breathing while singing together creates a strong feeling of connectedness. Moreover, studies have found that groups of singers have actually been able to synchronize their heartbeats while singing. Performing together releases the “happy” hormone oxytocin, which lowers stress and increases feelings of trust and bonding. One only has to try group singing (once you stop feeling silly) to feel these powerful effects.

The happiness level of the Danes isn’t the only proof of the effectiveness of togetherness and hyggelige ties. Lots of research backs this up. Researchers at Brigham Young University and the University of North Carolina at Chapel Hill pooled data from 148 studies on health outcomes and their correlation to social relationships. When taken together, these studies, involving more than 300,000 men and women across the developed world, showed that people with poor social connections had on average 50 percent higher odds of dying earlier (about 7.5 years) than people with robust social ties. That difference in longevity is about as large as the mortality difference between smokers and nonsmokers. And it is larger than any health risks associated with many other well- known lifestyle factors such as lack of exercise and obesity.

In another famous experiment on health and social ties, Sheldon Cohen, of Carnegie Mellon University, exposed hundreds of healthy volunteers, who completed questionnaires detailing their social lives, to the common cold virus and then quarantined them for several days. The results showed that the quarantined participants with more social connections were less likely to develop a cold than the participants who were more isolated in their lives.

The immune systems of people with lots of friends simply worked better. They were better able to fight off the cold virus, often without any symptoms. Since stress hormones seem to have an effect on the immune response, it makes sense that a strong social life helps the immune system stay strong— it keeps physiological stress in check.

A research group in Chicago studied this effect and confirmed it. Social support does, in fact, help manage stress. If we know we have people we can talk to or turn to for help in difficult times, we are more ready to face life’s challenges without breaking down. We are more resilient. Being vulnerable with someone helps lighten the load of the stress we’re carrying. Many people strive to be stoic and keep things inside, but research shows that people who try to be tough in a tragedy will suffer for a much longer period than those who share their emotions and are vulnerable with others.