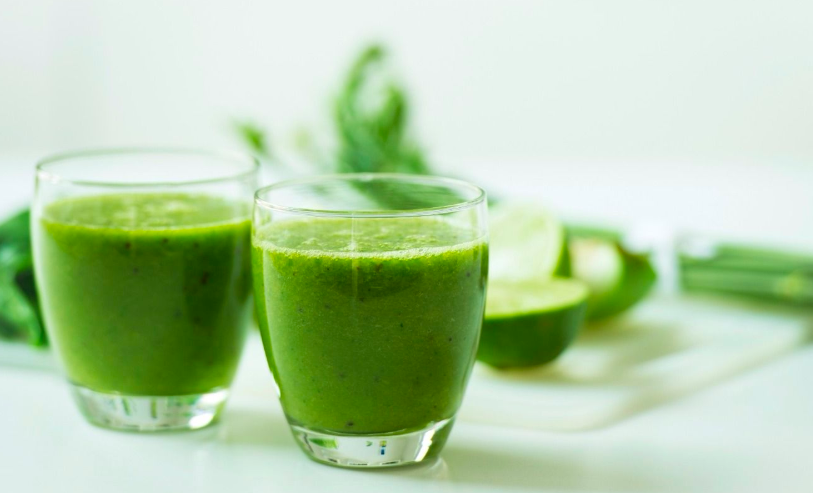 The power blender has taken over the modern day kitchen – fact. Whether it’s a velvety, vitalizing smoothie or a steamy, simple soup you’re after, the Vitamix, Nutribullet or Nutri Ninja can whip one up in a matter of minutes! Carolyn Humphries’ cookbook has a number of smoothie recipes, soup recipes and Nutribullet recipes for you to follow in very simple steps. It explains how you can use your high speed blender to whizz up drinks, nutritious soups, dips and spreads – as well as containing some very inventive Vitamix recipes. Did you know you can also use blenders as food processers, as well as for chopping or mixing ingredients? Wanna know how? Read on!

Breakfast smoothie
Ingredients:
Milk
Banana
Apple or pear
Raisins
Porridge oats
Hazelnuts or almonds
Method:
– Put all ingredients in the blender goblet in the order listed.
– Secure the lid.
– Select variable speed 1 and gradually increase the speed to 10.
– Blend for 30 seconds until smooth.
– Pour into a large glass and serve.

Steak burger
Ingredients
Onion Dijon or English mustard
Salt
Ground pepper
Lean minced steak
To serve:
Burger buns
Lettuce
Sliced tomatoes
Dill pickle slices
Mustard and ketchup
Method:
– Place the onion and mustard in the blender goblet. Secure the lid.
– Select variable speed 5 and switch on the machine. Pulse twice to roughly chop.
– Scrape down the sides and pulse twice again until fairly finely chopped.
– Add the beef, salt and plenty of pepper. Secure the lid.
– Switch on the machine and increase speed to Variable Speed 4 -5.
– Use the tamper to press the meat onto the blades and process for 5 seconds until the bottom third of the mixture is brown and the onion is well mixed in.
– Tip out of the machine and into a bowl, and use your hands to work it together, mixing in the red mince in with the browner, blended mixture.
– Shape into 4 thick, flat cakes.
– Make a slight hole in the centre of each with your finger.
– Preheat the grill or griddle pan and brush the burgers on both sides with oil.
– Griddle for 3-4 minutes on each side until brown and cooked through.
– Serve in burger buns with shredded lettuce, sliced tomatoes, dill pickles, mustard and ketchup.

Tomato soup
Ingredients:
Chicken or vegetable stock
Oat cereal
Dried milk powder
Canned plum tomatoes
Dried onions
Fresh tomatoes
Tomato puree
Honey
Mixed herbs
Paprika
Black pepper
Double cream
Method:
– Put all the ingredients except the cream in the blender goblet in the order listed.
– Secure the lid.
– Select variable speed 1. Switch on the machine and gradually increase the speed to 10.
– Blend for 6 minutes until the goblet is piping hot and the mixture is thick and smooth.
– Taste and re-season if necessary.
– Pour into a soup bowl and garnish with cream.

For loads more recipes, read: The High Speed Blender Cookbook: How to get the best out of your power blender, from smoothies to soups (Robinson) by Carolyn Humphries.