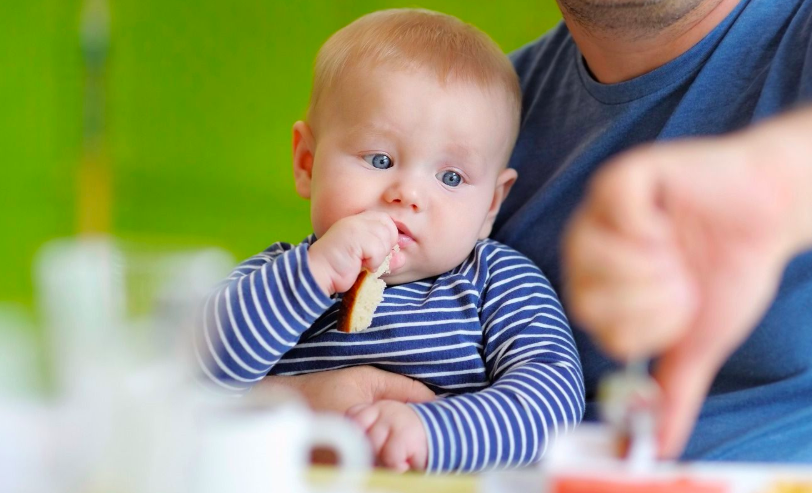 When it comes to children’s eating, meal times can be extremely difficult. Not only are there certain foods youngsters don’t like, but as a new parent, everything can seem quite daunting, especially when it comes to diet and feeding young children. Children might become healthy eaters when they grow older, but with obesity on the rise, it is a good idea to tackle these problem eaters from a young age. Lucy Cooke and Laura Webber’s fantastic book is a practical guide to solve problem feeding from birth to 5 years. Read on for their top ten tips for feeding kids – meal times will never be the same again!

Everyone knows the saying ‘breast is best’ but not all mums are able to do it. Some women have work commitments, some may develop infections, and others just find it extremely difficult. However, if you are thinking about breastfeeding, remember the following dos and don’ts:
DON’T give up too soon. It is difficult, but you can get there, so try to stick at it.
DO give your baby lots of cuddles and eye contact when feeding and stroke them a lot.
DON’T make your baby try to finish a bottle if they seem to have had enough.

Soft foods like baby rice, fruit, vegetables, closely followed by dairy and protein foods like yoghurt, fish and eggs work well. The earlier a child is introduced to vegetables, the more likely they are to accept them in later life.
DO offer lots of variety of foods.
DON’T give up if the child doesn’t automatically take to it. Research has shown after 8 food tastings, more foods are accepted.
DO start on purees or soft finger foods like cooked foods or vegetables.
DON’T steer away from serving foods with lumps or bumps.

Due to their lack of sweetness, vegetables are the most common foods that are rejected by children. Try these simple tips to encourage your child to eat them:
DON’T make a child finish their entire plate of vegetables. When someone is forced to do something they hate, often they avoid it for the rest of their life.
DO tell a child how much you like vegetables. If they see you won’t eat them, they are less likely to try them, so eat them in front of them, making appreciative sounds.
DON’T offer pudding or something sweet once all the vegetables are eaten, as this sends a message that vegetables really are horrible and should deserve a reward when eaten.

With obesity on the rise, it is right for a parent to be concerned about how much food their child is consuming. The same goes for those who are fussy eaters and children who do not eat a lot. Try following these simple do’s and don’ts:
i) Picky eaters
DO eat the foods your child doesn’t like in front of them.
DO let your child taste a little at a time to get used to the new flavours and textures.
DO encourage and praise them when they have tried something new.
ii) Plate clearers
DON’T bring in ‘naughty’ sugary foods.
DO reward your child with stickers instead of food.
DON’T give food to comfort or entertain.
DO be aware of portion sizes and try not to overload their plate.

6) Childcare, Friends and Relatives
Despite you working really hard to keep your child’s intake of sweet treats down to a minimum and having control over their diet, when it comes to friends, relatives or nurseries, they may have a different outlook, but it’s not all bad.
DO let grandparents spoil their grandchildren, but set some rules on how many treats they’re allowed to give.
DON’T ignore the fact that children will try a new food away from home. Take advantage of the situation and ask whoever it is to introduce a problem food, like a vegetable.

Children who watch more TV than others are gaining weight because they are distracted by what’s on the box, so are not paying attention to how much they are putting in their mouths, plus they’re too busy watching a screen, rather then running around, burning off energy.
DON’T let children under two years old watch television.
DO limit over twos to no more than 2 hours of telly a day.
DO separate meal times away from the television.
DON’T play commercial channels as these can advertise sugary snacks.

If serving dinner is becoming more of a struggle everyday, try mixing it up a little with a picnic or even a tea party, bringing back the fun to mealtimes. That way, everyone is more relaxed and willing to try new foods if they’re brought to the table.

When your child is a little older, get them involved with preparing their own meal, whether it’s choosing their baked potato filling or what vegetables to serve with the dish. This way, they’ll learn about the different foods and get used to them all. DO encourage them to feel, smell and even lick other foods. DON’T show them if you don’t like a certain food – you want them to at least try.

Trying lots of different flavours, textures and types of food won’t happen over night, you need to be patient. DON’T look at food intake everyday, instead check back at the end of the week of what has been tried.
DO keep offering their favourite food and new foods, so it doesn’t seem so much of a chore.
DON’T sit anxiously over them – see what happens.

For more expert advice on how best to feed your young children, read: Stress Free Feeding: How to develop healthy eating habits in your child (Robinson) by Lucy Cooke and Laura Webber.