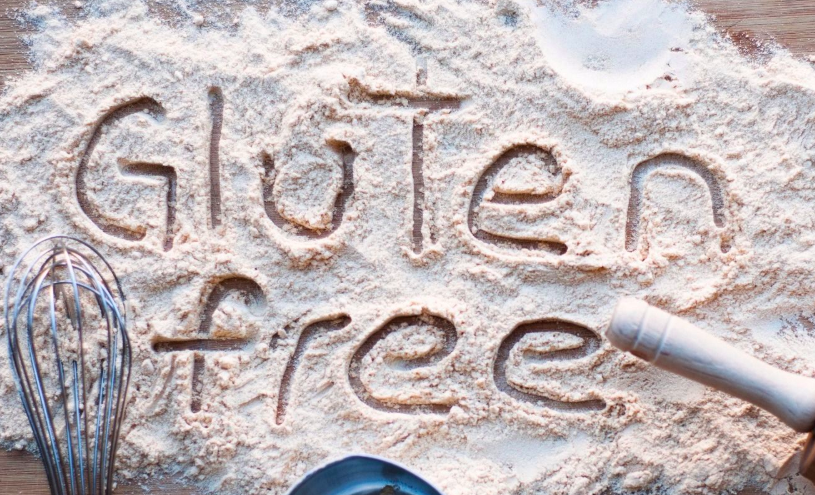 For those who want to follow a gluten free diet, because they suffer from coeliac (or celiac) disease or simply just want to eat more healthily, it can be hard to bake sweet treats you know you shouldn’t really have. When it comes to the wheat-free ingredients to use in gluten free recipes, there are lots of things to consider. Howard Middleton from series four of The Great British Bake Off has written a recipe book dedicated to gluten-free baking. Full of delicious, easy recipes with simple steps to follow, it is the perfect book for all gluten-free eaters. Below are his favourite flours to use when rustling up some of his dishes. Happy baking!

Originally used for thickening sauces and custards, cornflour is a light, industrious flour, which works perfectly in fatless sponge cakes or Swiss rolls.

Made from chickpeas, this flour is widely used in Indian and South European dishes. It absorbs well and works in carrot cakes, as well as being suitable for making batters.

A tiny pearl-like grain used for birdseed, the starchy quality helps with crumb texture and can be used for pastry dishes.

Perfect to combine with other flours, potato flour’s starchy, absorbent quality is great for recipes, which include wetter ingredients such as fruits, like plums.

This has a very bland taste, so is best teamed with strong flavours. It has a dense, sticky quality and is not for everyone.

Being very versatile, this flour has a nubbly texture of pinhead oats and is used well in Spiced Pumpkin Bread.

Sourced in France (but so worth sourcing), this has an unsurprisingly chestnut flavour. It works well in festive bakes, such as Black Forest brownies and Sticky Figgy Puddings.

As well as a great flavour, coconut flour tightens bakes. In small quantities, it helps to bind pastry, without leaving a strong taste.

Related to the cannabis family – but not narcotic – this flour has a dark, sack-like colour, along with a not unpleasant musky smell. The perfect addition to an Amsterdam Apple Cake.

Quinoa has a mild, nutty taste, which works well when mixed with stronger flavours and spices. However, it is also a great flour to use in comfort food – emerging in flake form to rival porridge, popped like popcorn and even as quinoa crisps – yum! It’s great for adding a little nuttiness to any sweet or savoury pastry dish.

This is the perfect flour to use for creating a good crust on a loaf of bread, but be aware that the flavour can be quite overpowering.

This is often used to replace eggs in vegan recipes. It has a slightly nutty taste and is highly nutritious.

Best known as ground almonds, there are other nut families, which work well in flour such as cobnuts and Brazil nuts. There are also hazelnut flour packets available in some specialist shops. Invest in a nut grinder and the world is your cluster!

Coming in a wide range such as seeds, flour, flakes and puffed pops, amaranth flour is indeed impressive.

Native to Brazil, it comes as no surprise that tapioca flour works well in lots of Brazilian bakes, and it works well in a tapioca tapenade cob recipe.