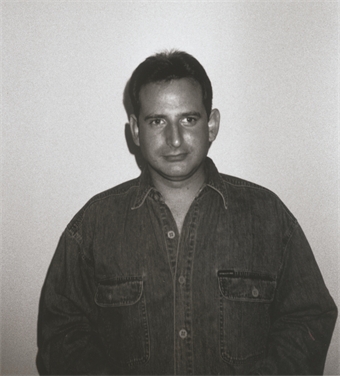 Would you like to have more influence at work and home?

Premier cognitive scientist Art Markman draws on the latest cutting edge research in his fantastic book, Smart Change, to show you how habits are formed and how you can change your own behaviour for the better and the actions of those around you. Here Art Markman shares his insights into how we can all become more persuasive.

From an early age, we are taught that influence involves argument.  The best way to affect other people’s behaviour is to convince them with words of the force of your position.  Once they accept your claims, they will change their behaviour.

This view of influence is embedded in government, where politicians use speeches and news stories to affect behaviour.  It is central to advertising, where television, radio and billboards present messages that aim to affect your purchases.  It is also crucial to the education system, where you learn to use language to persuade.

Yet, influencing behaviour is not simply a matter of words. If you want to have more influence on the people around you, then you need to re-learn what it means to be persuasive.  The first step is to really understand the factors that allow people to change their behaviour.  Then, you can use those principles to construct a plan to affect how they act.  After all, when you are working to influence others, you are fighting against their existing habits.  So, you can only be persuasive if you overcome people’s inertia to do what they did last time.

That is where Smart Change comes in.  My book explains why people are prone to maintain their habits, and then provides five evidence-based tools to support behaviour change.  You can use these tools to help you change your own habits as well as to help you change what other people do.

As an example, consider what the video game industry has done since the advent of smart phones and tablets.  It is hard to get people to pay much money for a game they will play on a mobile device.  So, they make use of two principles of Smart Change.

Second, when a goal becomes more engaged, it triggers mechanisms in the brain that make it easier to think about the goal and makes items related to achieving the goal more desirable. So, the game makers include in-app purchases that allow people to pay money to get additional functionality in the game.

In a startling demonstration of the effectiveness of these principles, the game company Electronic Arts released a free game for tablets and smart phones based on the popular American television show The Simpsons.  After people were locked into playing the game, there were several opportunities for players to purchase new features and to get access to new characters.  The purchases could be made directly from the game and billed to a credit card on file.  In less than a year, the game had generated revenues of over $50 million USD.

The British Government’s Nudge Unit has also been effective at influencing people’s environment in order to affect their behaviour. A simple programme in which personalised text messages were sent to people who owed court fines, increased payment of those fines by 33 per cent.

The digital era has created vast new opportunities for influence.  Many companies have dipped a toe into the digital sea by using traditional marketing and advertising methods on the web.  Now, it is time to use the principles of Smart Change to re-think what it means to have influence.  Stop trying to convince people and start helping them to integrate new behaviours into the fabric of their lives.

You can buy Smart Change from all good retailers. This title is also available as an ebook so you can add it to your Kindle, Sony Reader, Kobo or Nook. For more information on Art Markman, visit http://www.smartthinkingbook.com/